One thing that sets Lil Baby apart from his peers in my eyes is the fact that his rapping pace is perfect and he never seems to force anything onto a beat. It’s almost hard to not like because he’s rapping so rapidly on dope beats. That’s not to say that it’s necessarily fast rap, but it’s non-stop and you catch yourself nodding your head the whole time. He brings that same style to “The Bigger Picture” but this time, he’s speaking from the heart and shows a bit of vulnerability. 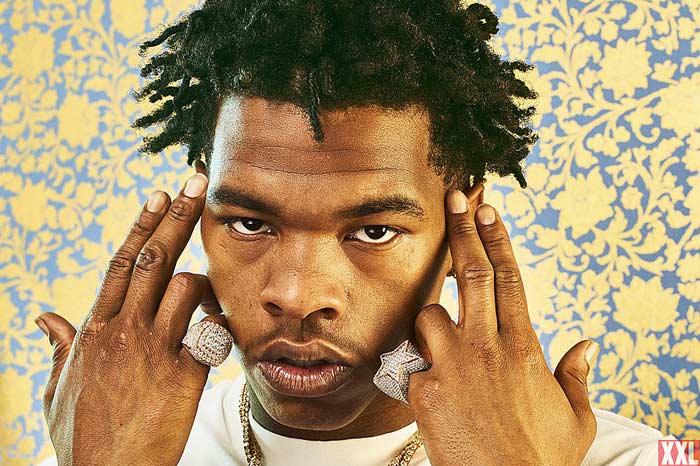 The track starts out with a few soundbites from the news and protests in the aftermath of the unjust murder of George Floyd at the hands of the police. Some chants yelling “I can’t breathe” as the beat drops is flawless and the timing of when the first verse comes in couldn’t have been better.

You can tell Lil Baby carefully his words on this track. He made it a point to not blame what has been happening with police brutality on all white people in general, but racist white cops. He raps on the first verse:

Every colored person ain’t dumb and all whites not racist / I be judging by the mind and heart, I ain’t really into faces /

And again in the second verse:

The malice of authority and the backwards effects of policing are apparent throughout this entire track. Lil Baby touches on getting sent to prison and sobering up afterwards and telling his loved ones to carry guns for protection once they go outside. It’s a common theme in urban neighborhoods to fear the police instead of relying on them for preservation.

I see blue lights, I get scared and start runnin’ / That s*** be crazy, they ‘posed to protect us / Throw us in handcuffs and arrest us / While they go home at night, that s*** messed up /

For being labeled as a ‘trap rapper’, Lil Baby is quite good lyrically and it shines on this track. He’s in this interesting void, torn between doubtful, confused, angry, and hopeful. Again, his relentless flow mixes perfectly with his subject matter as he raps:

It happen to one of your people, it’s different / We get it, the system is wicked, just learn how to pick it / Knowledge is power, I swear I’m a witness, I know that I’m gifted / I won’t go too deep ’cause I’m scared they’ll get me / Ain’t scared to admit it, some shit I can’t mention / It’s people who can, well, here’s the chance / I won’t take the stand, but I’ll take a stand for what I believe /

It was great to hear Lil Baby bring up that fact that although he normally raps about the usual rapper stuff, he also has an ear to his neighborhood. It’s far too easy to assume that rich rappers no longer care about where they came from and don’t use their resources to give back to the communities that raised them. In my opinion, if Lil Baby hadn’t rapped the following line, the song might have come off a little disingenuous:

I can’t lie like I don’t rap about killing and dope, but I’m telling my youngins to vote / I did what I did ’cause I didn’t have no choice or no hope, I was forced to just jump in and go / This bulls*** is all that we know, but it’s time for a change / Got time to be serious, no time for no games / We ain’t takin’ no more, let us go from them chains / God bless they souls, every one of them names /

This song is monumental. It’s brilliant and I wouldn’t doubt if it shaped Lil Baby’s career and altered his subject matter going forward. He certainly has “The Bigger Picture” in mind.

I haven’t checked the numbers but it wouldn’t surprise me at all if Lil Baby put out the most played ‘protest’ song in these recent months. “The Bigger Picture” earned him a spot that peaked at number three position on the Hot 100 and solidified his spot as one of the champions for Atlanta.

I’m a bit surprised there haven’t been more protest songs put out by rappers with large followings. These are the moments where we need celebrities to use the influence they have to speak out against police injustice and unfair treatment. Regardless, I’m glad we have someone with clout who’s been through the struggle and is all-in on doing what he can to support the cause. Apparently he’s donating all proceeds from this track to a few different organizations.

Check out the video below.

Shout out to Lil Baby.

EP vs LP vs Mixtape: What’s the difference?

EPs, LPs, and mixtapes are similar but what are differences? This post will break that down so you can finally understand the...

Five Artists I Need Projects From In 2020

I have a feeling this year is going to be a great year for hip hop. Here are five artists I need...